PHARMACODYNAMICS
The precise mechanism of the analgesic and antipyretic properties of paracetamol has yet to be established; it may involve central and peripheral actions.
Paracetamol 10mg/mL, solution for infusion provides onset of pain relief within 5 to 10 minutes after the start of administration. The peak analgesic effect is obtained in 1 hour and the duration of this effect is usually 4 to 6 hours.
Paracetamol 10mg/mL, solution for infusion reduces fever within 30 minutes after the start of administration with duration of the antipyretic effect of at least 6 hours.

Distribution:
The volume of distribution of paracetamol is approximately 1 L/kg.
Paracetamol is not extensively bound to plasma proteins.
Following infusion of 1g propacetamol, significant concentrations of paracetamol (about 1.5μg/mL) were observed in the cerebrospinal fluid 20 minutes after infusion.

Metabolism:
Paracetamol is metabolized mainly in the liver following two major hepatic pathways: glucuronic acid conjugation and sulphuric acid conjugation. The latter route is rapidly saturable at doses that exceed the therapeutic doses. A small fraction (less than 4%) is metabolised by cytochrome P450 to a reactive intermediate (N-acetyl benzoquinone imine) which, under normal conditions of use, is rapidly detoxified by reduced glutathione and eliminated in the urine after conjugation with cysteine and mercapturic acid. However, during massive poisoning, the quantity of this toxic metabolite is increased.
At therapeutic doses, CYP3A4, the major isoform of P450 in human liver, contributes to the production of the cytotoxic metabolite. For very high, supratherapeutic plasma concentrations (1500 mg/ L) of paracetamol, the 2E1 and 1A2 isoforms may also be involved.

Elimination:
The metabolites of paracetamol are mainly excreted in the urine. 90% of the dose administered is excreted in 24 hours, mainly as glucuronide (60-80%) and sulphate (20-30%) conjugates. Less than 5% is eliminated unchanged. Plasma half-life is 2.7 hours and total body clearance is
18 L/h.

In neonates, the plasma half-life is longer than in infant’s i.e. around 3.5 hours. Neonates and, infants excrete significantly less glucuronide and more sulphate conjugates than adults. The potential effect of immaturity in metabolic and elimination pathways of paracetamol should be considered when administering paracetamol to neonates and children <6 months of age.
Infants and children >6 months of age
The pharmacokinetic parameters of paracetamol observed in infants and children are similar to those observed in adults, except for the plasma half-life that is slightly shorter (1.5 to 2 h) than in adults

Elderly subjects
There was a significant increase in AUC and reduction in clearance of paracetamol and its metabolites in elderly subjects. However, these statistically significant differences were not likely to be clinically relevant during short-term infusions. Hence, no dose adjustment is required in this population.

OTSUMOL 10 mg/mL, solution for infusion is indicated for the relief of mild to moderate pain and the reduction of fever where an intravenous route of administration is considered clinically necessary.

It would be particularly helpful to those patients who are unable to take oral medicines due to impaired GI motility or those who require faster relief from fever and pain.

Otsumol would also be a quality addition to the concept of multimodal analgesia that is being proposed and is recommended whenever possible.

The prescribed dose must be based on the patient’s weight.

Unintentional overdose can lead to serious liver damage and death. Healthcare providers are reminded that it is essential to follow both the weight-related dose recommendations and to consider individual patient risk factors for hepatotoxicity including hepatocellular insufficiency, chronic alcoholism, chronic malnutrition (low reserves of hepatic glutathione), and dehydration.
It is recommended that a suitable oral analgesic treatment be substituted for OTSUMOL as soon as the patient can be treated by oral route.

Intravenous route:
OTSUMOL 10 mg/mL, solution for infusion should not be mixed with other medicinal products.

Dosage:
Dosing is based on patient weight. Dosing recommendations are presented in the table below:

* The minimum interval between each administration must be 4 hours in patients without hepatic or renal impairment. However, in patients with renal and/or hepatic impairment the minimum interval between doses must not be less than 6 hours.
# the maximum daily dose takes into account all medicines containing paracetamol or propacetamol.
** No safety and efficacy data are available for premature neonates. There is limited data on the use of OTSUMOL in neonates and infants <6 months of age

Hepatic Impairment
In patients with impaired hepatic function, the dose must be reduced or the dosing interval prolonged. The maximum daily dose should not exceed 60 mg/kg/day (not exceeding 2 g/day) in the following situations: Method of administration
The paracetamol solution is administered as a 15-minute intravenous infusion; it contains no antimicrobial agent, and is for single use in one patient only.
OTSUMOL 10mg/mL solution for infusion can also be diluted in a 0.9% Sodium Chloride or 5% Glucose solution up to one tenth. In this case, use the diluted solution within the hour following its preparation (infusion time included).
As for all solutions for infusion presented in glass infusions, it should be remembered that close monitoring is needed notably at the end of the infusion, regardless of the administration route. This monitoring at the end of the perfusion applies particularly for central route infusion, in order to avoid air embolism.

It is recommended that for the administration of OTSUMOL 10mg/mL solution for infusion a syringe or giving set with a diameter equal to or below 0.8mm should be used for solution sampling. In addition, it is recommended that the bung is pierced at the location specifically designed for needle introduction (where the thickness of the bung is the lowest). If these recommendations are not adhered to the likelihood of bung fragmentation or the bung being forced into the infusion is increased.
Pediatric Patients
OTSUMOL should not be hung as an infusion due to the small volume of the product to be administered in the pediatric population.
To avoid dosing errors in neonates and infants (≤ 10 kg) and confusion between milligrams (mg) and milliliters (mL), it is recommended to specify the intended volume for administration in milliliters (mL). The volume of OTSUMOL (10 mg/mL) administered should never exceed 7.5 mL per dose in this weight group. In neonates and infants (≤ 10 kg), very small volumes will be required. A 5 mL or 10 mL syringe should be used to measure the dose as appropriate for the weight of the child and the desired volume.
For pediatric dosing, the 50 mL infusion of OTSUMOL can be diluted using either a 0.9% sodium chloride solution or a 5% glucose solution up to one-tenth dilution (one volume paracetamol injection into nine volumes diluent). The diluted solution must be used within one hour following its preparation (infusion time included).

OTSUMOL 10 mg/mL, solution for infusion is contraindicated in:
It is recommended to use a suitable analgesic oral treatment as soon as this administration route is possible.
In order to avoid the risk of overdose; check that other medicines administered do not contain paracetamol.

Doses higher than the recommended entail a risk of very serious liver damage. Clinical symptoms and signs of liver damage are usually seen first after two days with a maximum usually after 4 to 6 days. Treatment with antidote should be given as soon as possible

Paracetamol can cause serious skin reactions such as acute generalized exanthematous pustulosis (AGEP), Stevens-Johnson syndrome (SJS), and toxic epidermal necrolysis (TEN), which can be fatal. Patients should be informed about the signs of serious skin reactions, and use of the drug should be discontinued at the first appearance of skin rash or any other sign of hypersensitivity.

Hepatic Injury
Patients with hepatic insufficiency, chronic alcoholism, chronic malnutrition or dehydration may be at a higher risk of liver damage following administration of OTSUMOL.

Effects on Fertility
Intravenous paracetamol (administered as propacetamol) had no effect on fertility of rats at systemic exposure levels (based on AUC) greater than twice those anticipated at the maximum clinical dose.

Use in Pregnancy
Pregnancy Category (Category A)

Paracetamol has been taken by a large number of pregnant women and women of childbearing age without any proven increase in the frequency of malformations or other direct or indirect harmful effects on the foetus having been observed.

Nevertheless, OTSUMOL® should only be used during pregnancy after a careful benefit-risk assessment. In pregnant patients, the recommended posology and duration must be strictly observed.

Use in Lactation
After oral administration, paracetamol is excreted into breast milk in small quantities. Rash in nursing infants has been reported. However, paracetamol is considered to be compatible with breastfeeding. No signs of toxicity were observed in rat pups of dams that received IV propacetamol postpartum at maternal exposures (based on AUC) greater than twice those anticipated at the maximum clinical dose. OTSUMOL® 10 mg/mL solution for infusion may be used in breast-feeding women, but caution should be observed.

INTERACTIONS WITH OTHER MEDICINES
Probenecid causes an almost 2-fold reduction in clearance of paracetamol by inhibiting its conjugation with glucuronic acid. A reduction of the paracetamol dose should be considered for concomitant treatment with probenecid.

Caution should be paid to the concomitant intake of enzyme-inducing agents. These substances include but are not limited to: barbiturates, isoniazid, anticoagulants, zidovudine, amoxicillin + clavulanic acid, carbamazepine and ethanol. Induction of metabolism of paracetamol from enzyme inducers may result in an increased level of hepatotoxic metabolites.

Concomitant use of paracetamol (4 g per day for at least 4 days) with oral coumarin anticoagulants including warfarin may lead to slight variations of INR values. In this case, increased monitoring of INR values should be conducted during the period of concomitant use as well as for one week after paracetamol treatment has been discontinued.

Busulfan – busulfan is eliminated from the body via conjugation with glutathione. Concomitant use with paracetamol may result in reduced busulfan clearance.

Salicylamide - salicylamide may prolong the elimination half-life (t1/2) of paracetamol.

There is a risk of poisoning, particularly in elderly subjects, in young children, in patients with liver disease, in cases of chronic alcoholism, in patients with chronic malnutrition and in patients receiving enzyme inducers. Poisoning may be fatal in these cases. Acute overdose with paracetamol may also lead to acute renal tubular necrosis.

Symptoms generally appear within the first 24 hours and comprise of nausea, vomiting, anorexia, pallor and abdominal pain. Overdose, 7.5 g or more of paracetamol in a single administration in adults or 140 mg/kg of body weight in a single administration in children, causes cytolytic hepatitis likely to induce complete and irreversible hepatic necrosis, resulting in acute or fulminant hepatic failure, hepatocellular insufficiency, metabolic acidosis and encephalopathy, which may lead to coma and death.

Simultaneously, increased levels of hepatic transaminases (AST, ALT), lactate dehydrogenase and bilirubin are observed together with decreased prothrombin levels that may appear 12 to 48 hours after administration. Clinical symptoms of liver damage are usually evident initially after two days, and reach a maximum after 4 to 6 days.
The Rummack-Matthews nomogram relates plasma levels of paracetamol and the time after oral ingestion to the predicted severity of liver injury. The relation of parental paracetamol levels in overdose to liver toxicity has not been examined. Advice or treatment protocols based on oral paracetamol overdoses may not accurately predict the incidence of liver toxicity or need for antidote therapy in OTSUMOL overdose.

The overall incidence of adverse events in OTSUMOL-treated patients compared to placebo within the clinical trial set; can be observed in the tables below.

Post Market Adverse Effects for Propacetamol/Paracetamol
The following adverse events have also been reported during postmarketing surveillance, but the incidence rate (frequency) is not known. 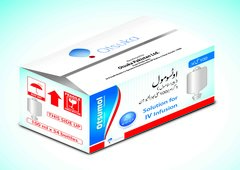